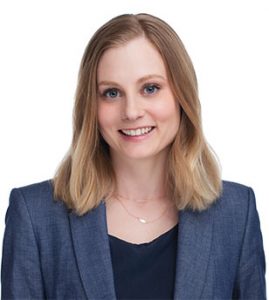 Southfield, Mich. — March 25, 2019 — Moss & Colella, P.C., that a Southfield, Michigan-based civil rights and personal injury law firm, declares that Melanie J. Duda has joined the company as an associate lawyer. The statement was made by Managing Partner, A. Vince Colella.

Immediately before joining Moss & Colella, Duda was a lawyer with Fieger, Fieger, Kenney & Harrington, where she litigated cases involving civil rights,” sexual assault, medical malpractice, and neglect. She operated her own law firm, the Law Office of Melanie J. Duda, PLLC, for a couple of decades, where she worked on criminal defense, family law, and property issues. Throughout law school, she had been a law clerk in Giarmarco, Mullins & Horton, P.C.

Duda is a part of the State Bar of Michigan and admitted to practice before the U.S. District Court for the Eastern District of Michigan. She’s active in civic and professional activities and is now a part of the Women Lawyers Association of Michigan. In her spare time, she loves running and trekking, in addition to spending some time with family.

Launched in 1997, Moss & Colella signifies the victims of personal injury, civil rights violations, discrimination, medical malpractice, and wrongful death. The company is known as a pioneer in complex tort litigation, such as excessive and lethal pressure, jail death, sexual abuse and harassment, automobile and truck accidents, motorcycle injuries and other severe accident and wrongful death claims. In the event you or a loved one is looking for a Michigan truck accident lawyer or a Job discrimination lawyer in Michigan, no farther. To find out more about the company and its varied regions of practice, see www.mosscolella.com.